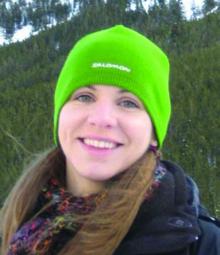 Abiotic stress from the sublethal effects of pesticides is currently being scrutinized as a contributing factor to poorly understood colony losses. When crop protection chemicals are applied to blooming crops, they can contaminate nectar and pollen. Bees’ body hair, designed for collecting pollen, is also an excellent col­lector of pesticides applied to flowers. For this reason, most pesticide labels prohibit the application of bee-toxic insecticides to plants during bloom. A more recent route of honey bee exposure to pesticides is the shift to treating seeds with systemic insecticides to provide plants protection from insects throughout the growing season. The most widely used systemics are the neonicitinoids including imidacloprid, clothianidin, thiamethoxam and thiacloprid.

For imidacloprid, laboratory studies show that the single oral median lethal dose (LD50) is much higher than the estimated daily ingestion of a foraging honey bees (Rortais et al. 2005), so it would appear that the risk to honey bees is low. However, there is potential for treated crop plants to constitute a major portion of a colony’s intake of pollen and nectar during their bloom that may last for several weeks. Foraging bees are likely to experience multiple exposures from repeat visits, and they may also forage on more than one species of treated crop plant.

Tier 2 is a test of honey bee toxicity of residues on foliage. It is triggered when the Tier 1 LD50 is less than 11 micrograms per bee. It can also be triggered if the use pattern or literature suggests exposure. Tier 2 measures the time that residues remain toxic in 24-hour intervals.

Tier 3 tests toxicity under conditions re­sembling field use. Tier 3 is triggered when Tier 2 reveals prolonged residue activity. This risk assessment model works well for foliar-applied pesticides that were extensively used until the systemic neonicotinoid and phenyl pyrazole compounds replaced them. The risk assessment model needs to be updated to address the shift toward systemic products that are present throughout the growing period. Given that systemics can be expressed in pollen and nectar, both oral and contact toxicity should be exam­ined. In addition, honey bees will repeatedly visit fields in bloom, so tests based on ex­posure during a single foraging trip do not accurately reflect the exposure potential. The presence of sublethal doses of a neurotoxic compound can also have effects other than killing adult bees. Additional endpoints that should be considered include larval mortality, reproductive effects, navigation and orientation effects. Sublethal effects are not part of the current E.P.A. risk assessment model, but given the ongoing colony losses reported by beekeepers, they merit investigation.

While the extensive deployment of systemic pesticides raises questions that need to be addressed, they have largely been re­placing pesticides such as methyl parathion and carbaryl that are known to be highly toxic to bees. Both beekeepers and the E.P.A. need to be objective in weighing the risks and benefits, and the risk assessment model needs to be updated to reflect current pesticide use patterns.

The University of Nebraska CAP team members (Marion Ellis, Blair Siegfried, Reed Johnson, Lizette Dahlgren and Bethany Teeters) are evaluating a new tool for risk assessment. We are using a video tracking system called EthoVision to con­tinuously monitor bee activity over time. The system will monitor 16 arenas continually and can be set to record variables such as time spent moving, time spent feeding, and interaction time. The output is quanti­tative, and the results of our preliminary work can be found in the Proceedings of the 2011 American Bee Research Confer­ence (Teeters et al. 2011).

EthoVision can track the activity of individual bees over a 24-hour period. Individual bees can be tracked based on their location within a designated space or arena. The system records the distance that the bee moves, the time spent moving, the time spent in social interactions and the time spent feeding, all variables that can be affected by pesticide exposure. Any time the bees were within 1.5 cm of each other, it was considered an interaction. Likewise, time spent in the food zone was recorded by logging time spent adjacent to a food cube. In our preliminary work we demon­strated that sublethal doses of imidacloprid had measureable effects on the behavior of bees.

For distance moved, bees treated with the lowest concentration of imidacloprid exhibited a stimulatory effect by moving more than untreated bees. This makes sense since imidacloprid acts on post-synaptic acetylcholine receptors within the central nervous system. Following binding to the nicotinic receptor nerve impulses spontaneously discharged and resulted in hyper­activity before they ceased to propagate a signal. Bees exposed to middle and highest concentrations of imidacloprid spent significantly less time interacting, and they spent more time than untreated bees in the food zone (as much as 7 hours near the sucrose). At the higher doses we also observed that when bees consumed the imidacloprid treated food, they became intoxicated, and failed to move from that spot. This observation may relate to navigation and communication capacity.

EthoVision provides an efficient and cost-effective tool to screen candidate compounds for sublethal effects on honey bees. Its potential for risk assessment is still being developed, but it has the potential to identify problematic compounds for further testing. The E.P.A. is responsible for testing many new compounds annually. A cost efficient screening tool such as EthoVision has the potential to make the E.P.A.’s risk assessment protocol more efficient and effective. Ethovision results will need to be related to colony performance in field trials to validate its usefulness in risk assessment.

Lambin et al. 2001. Imidacloprid-induced facilitation of the proboscis extension re­flex habituation in the honeybee. Archives of insect biochemistry and physiology. 48(3): 129-134

Marion Ellis is a professor of entomology and apiculture specialist in the University of Nebraska Department of Entomology. His interests include developing techniques to reduce parasitic bee mite populations and advancing strategies for protecting pollinators from pesti­cides. He offers educational programs for new and experienced beekeepers. Bethany Teeters is a Ph.D. student whose interests are pollinator protection and conservation.