Are crop pesticides a problem for honey bees? 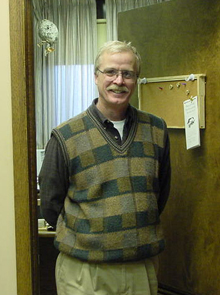 *A detailed review of the literature on Pesticides and Honey Bee Toxicity by R. Johnson, M. Ellis, C. Mullin and M. Fraizer can be found in the May 2010 Special Issue of Apidologie on Honey Bee Health. Please see Johnson, R.M., M.D. Ellis, C. Mullin, M. Frazier. 2010. Pesticides and honey bee toxicity – USA. Invited review. Apidologie. DOI: 10.1051/apdio/2110018.. Download this article under “Publications” at the above link or go to the direct .pdf download.

Abstract:
This article discusses the role that pesticides applied to crops may play in honey bee health. Although no one pesticide has been clearly as­sociated with causing colony collapse disorder, there is evidence that the additive and syner­gistic effects of multiple pesticide exposures are harming bees. Pesticide use patterns have changed in the past decade, and this article re­views research on how crop pest control prac­tices are affecting honey bee health. It then concludes with a discussion of the current risk assessment protocols to protect honey bees and how they are being amended to address cur­rent issues and concerns.

Pesticides applied to crops: The recent sequencing of the honey bee genome provides a possible explana­tion for the sensitivity of honey bees to pesticides; relative to other insect genomes, the honey bee genome is markedly deficient in the number of genes encoding detoxifica­tion enzymes (Claudianos et al., 2006). This notable difference renders honey bees more susceptible to pesticides than other insects, and beekeeping has been negatively impacted by pesticides applied to crops for as long as pesticides have been used.

Despite the dependence on honey bees for the pollination of crops in the USA, colony numbers have declined by 45% over the past 60 years (NAS, 2007). Most honey bee losses from 1966-1979 were attributable to organochlorine, organophosphorus, carba­mate, and pyrethroid pesticide exposure. Ef­forts to restrict pesticide application during bloom provided some relief; however, the residual activity of some pesticides was never effectively addressed. Colony losses were especially severe from 1981 to 2005 with a drop from 4.2 million to 2.4 million, although some of the decrease is attributable to changes in how colony numbers were es­timated. The introduction of parasitic honey bee mites, Acarapis woodi (1984) and Var­roa destructor (1987), contributed to dra­matic bee losses. At the same time, the control of crop pests in USA agriculture was rapidly changing. Genetically engineered (GE) crops were developed and extensively deployed, and two new classes of systemic pesticides, neonicotinoids and phenylpyra­zoles, replaced many of the older pesticides. The rapid development and deployment of these two new insect control techniques dis­tinguish USA agriculture from other regions of the world. In Europe a more cautious ap­proach to the adoption of new agricultural practices has been taken.

GE plant varieties:
GE plant varieties that have herbicide tol­erance or insecticidal properties were first introduced into the USA in 1996. Soybeans and cotton are genetically engineered with herbicide-tolerant traits and have been the most widely and rapidly adopted GE crops in the USA, followed by insect-resistant cot­ton and corn. In 2007 these GE crops were planted on more than 113 million hectares worldwide, and the United States leads the world in acres planted with GE crops with most of the plantings on large farms (Lemaux, 2008). Insect resistance is con­ferred by incorporating genes coding for in­secticidal proteins produced by Bacillus thuringensis (Bt), a common soil bacterium. While Bt can also be delivered by spray ap­plication, GE plants benefit from continuous production of Bt toxins. Bt endotoxins are activated in the insect gut where they form pores that allow gut contents to leak out of the lumen leading to the death of the insect. To date, Bt genes have been incorporated into corn (Zea mays), cotton (Gossypium hirsutum), potato (Solanum tuberosum) and tomato (Lycopersicon esculentum), and GE seeds of these crops are available to produc­ers. Precommercial field tests of 30 different plant species with Bt genes were conducted in 2008 including apples, cranberries, grapes, peanuts, poplar, rice, soybeans, sun­flowers and walnuts (ISB, 2007).

There is no evidence that the switch to Bt crops has injured honey bee colonies. To the contrary, it has benefited beekeeping by re­ducing the frequency of pesticide applica­tions on crops protected by Bt, especially corn and cotton. On the other hand, the switch to GE crops with herbicide resistance has eliminated many blooming plants from field borders and irrigation ditches, as well as from the crop fields themselves. The re­duction in floral diversity and abundance that has occurred due to the application of Round-UP® Herbicide (glyphosate) to GE crops with herbicide resistance is difficult to quantify. However, there is a growing body of evidence that poor nutrition is a factor in honey bee health. Eischen and Graham (2008) demonstrated that well-nourished honey bees are less susceptible to Nosema ceranae than poorly nourished bees. The adoption of agricultural practices that pro­vide greater pollen diversity has been advo­cated, including the cultivation of small areas of other crops near monocultures or permitting weedy areas to grow along the edges of fields (Schmidt et al., 1995).

Neonicotinoid and phenylpyrazole pesticides:
Another major shift in agriculture has been the development and extensive deploy­ment of neonicotinoid and phenylpyrazole pesticides. These pesticides are extensively used in the USA on field, vegetable, turf, and ornamental crops, some of which are polli­nated by bees. They can be applied as seed treatments, soil treatments and directly to plant foliage. Neonicotinoids cause persist­ent activation of cholinergic receptors which leads to hyperexcitation and death. One neonicotinoid, imidacloprid, was applied to 788,254 acres in California in 2005, making it the 6th most commonly used insecticide in a state that grows many bee-pollinated crops. The phenylpyrazoles, including fipronil, bind to .-amino butyric acid (GABA)-gated chloride ion channels and block their activation by endogenous GABA, leading to hyperexcitation and death.

Neonicotinoid and phenylpyrazole insec­ticides differ from classic insecticides in that they become systemic in the plant, and can be detected in pollen and nectar throughout the blooming period. As a consequence, bees can experience chronic exposure to them over long periods of time. While some studies have shown no negative effects from seed-treated crops, acute mortality was the only response measured. Desneux and col­leagues (2007) reviewed methods that could be used to more accurately assess the risk of neonicotinoid and phenylpyrazole insecti­cides including a test on honey bee larvae reared in vitro, test for larval effects, a pro­boscis extension response assay to access as­sociative learning disruption, various behavioral effects, and chronic exposure toxicity beyond a single acute dose expo­sure. Pesticide exposure may also interact with pathogens to harm honey bee health. Honey bees that were both treated with im­idacoprid and fed Nosema spp. spores suf­fered reduced longevity and reduced glucose oxidase activity (Alaux et al., 2010).

Registration procedures and risk assessment:
In the USA risk assessment related to agrochemical use and registration follow specific guidelines mandated by the Federal Insecticide Fungicide and Rodenticide Act. Despite the importance of honey bees, the effect of pesticide exposure on colony health has not been systematically monitored, and the Environmental Protection Agency (EPA) does not require data on sublethal effects for pesticide registration.

For many years, the standard laboratory method for assessing pesticide risk was to determine the median lethal dose (LD50) of the pest insect. In a second step, the effects of pesticides on beneficial arthropods were examined by running LD50 tests on the ben­eficial species to identify products with the lowest non target activity. In the USA this protocol remains the primary basis for risk assessment in pesticide registration. How­ever, this approach to risk assessment only takes into account the survival of adult honey bees exposed to pesticides over a rel­atively short time frame. In Europe, when the standard procedures do not provide clear conclusions on the harmlessness of a pesti­cide, additional studies are recommended; however, no specific protocols are estab­lished. Acute toxicity tests on adult honey bees may be particularly ill-suited for the testing of systemic pesticides because of the frequency of exposure bees are likely to ex­perience in field applications. Chronic feed­ing tests using whole colonies may provide a better way to quantify the effects of sys­temics.

Registration review is replacing the EPA’s pesticide re-registration and tolerance re­assessment programs. Unlike earlier review programs, registration review operates con­tinuously, encompassing all registered pes­ticides. The registration review docket for imidacloprid opened in December 2008. To better ensure a “level playing field” for the neonicotinoid class as a whole and to best take advantage of new research as it be­comes available, the EPA has moved the docket openings for the remaining neoni­cotinoids on the registration review schedule (acetamiprid, clothianidin, dinotefuran, thi­acloprid, and thiamethoxam) to fiscal year 2012. The EPA’s registration review docu­ment states that “some uncertainties have been identified since their initial registration regarding the potential environmental fate and effects of neonicotinoid pesticides, par­ticularly as they relate to pollinators (EPA, 2009).” Studies conducted in Europe in the late 1990s have suggested that neonicoti­noid residues can accumulate in pollen and nectar of treated plants and represent a po­tential risk to honey bees. Recently pub­lished data from studies conducted in Europe support concerns regarding the per­sistence of neonicotinoids. While the translocation of neonicotinoids into pollen and nectar of treated plants has been demon­strated, the potential effect that levels of neonicotinoids found in pollen and nectar can have on bees remains less clear. Giro­lami and colleagues (2009) report high lev­els of neonicotinoids from coated seeds in leaf guttation water and high mortality in bees that consume it. While the frequency of guttation drop collection by bees under field conditions is not documented, the au­thors describe the prolonged availability of high concentrations of neonicotinoids in guttation water as “a threatening scenario that does not comply with an ecologically acceptable situation.” The pending EPA re­view will consider the potential effects of the neonicotinoids on honey bees and other pollinating insects, evaluating both acute risk at the time of application and the longer-term exposure to translocated neonicotinoids (EPA, 2009).

The use of newer systemic pesticides, in­cluding the neonicotinoids (e.g. imidaclo­prid) and phenylpyrazoles (e.g. fipronil), has become prevalent in the USA. As systemics, these pesticides are present in all plant tis­sues, including the nectar, pollen and other plant exudates. Honey bees’ exposure to these compounds is very different from that of traditional pesticides, where acute toxicity was a primary concern. Instead, honey bees at all stages of development may be chroni­cally exposed to sublethal doses of these compounds. The consequences of this new mode of exposure have not been extensively considered in regard to pesticide regulation in the USA, although the EPA is currently reviewing the status of these compounds. Beekeepers should watch these deliberations closely. Restricting new compounds may re­sult in a reversion to older chemistries that clearly harm bees. Beekeepers should weigh the evidence and the risks carefully before taking a position.