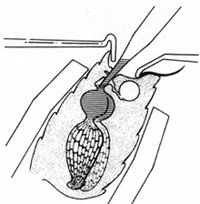 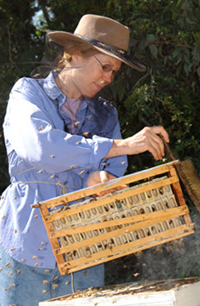 These pages are brought to you by Susan Cobey at www.honeybee.breeding.com

The amount and consistency of semen obtained varies, generally each drone will yield about 1 µl. The standard dose per queen is of 8 to 10 µl. Initially, collect an air space to separate semen from the saline column in the syringe. 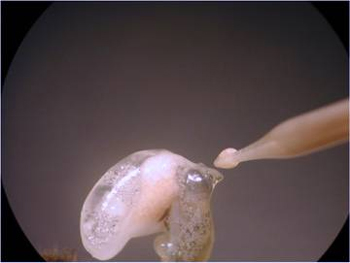 Avoid the viscous mucus, which separates easily from the more fluid semen. If resistance is felt, the tip is in the mucus and this will plug the tip. Keep the tip moist with saline to prevent drying, although avoid dilution of semen with excess saline. 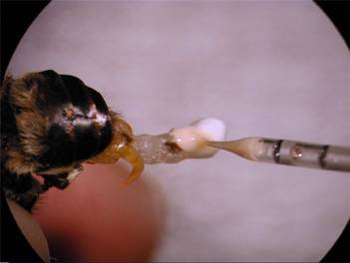 Collect a drop of saline in the tip to make contact with the semen on the endophallus. For collection of each semen load, expel a drop of semen from the syringe to make contact. Avoid collecting air bubbles and avoid the underlying mucus layer.

Draw the semen into the syringe, skimming this off the mucus layer. 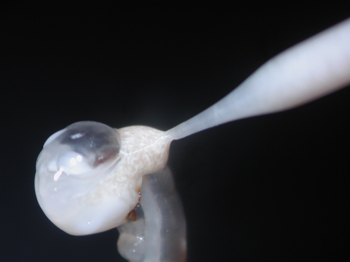 Repeat this process until the desired amount of semen is collected. The column of semen should be uniform in color and density.