The USDA-ARS Baton Rouge Bee Lab has bred bees that hygienically remove mite-infested pupae from capped worker brood. This ability is called varroa sensitive hygiene, and bees expressing high levels of this behavior are called VSH bees. To select for the VSH trait in your bees, also see Selecting for Varroa Sensitive Hygiene 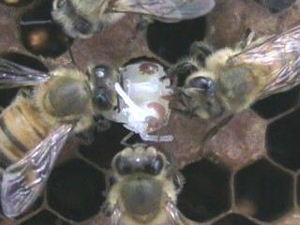 Figure 1. Hygienic removal of a mite infested worker pupa by adult worker honey bees is an important mechanism of resistance to varroa mites. The removal involves several bees, and results in death of the mite offspring. The mother mite usually survives.

VSH is very similar or the same as hygienic behavior that honey bees use to combat American foulbrood, chalkbrood, and the eggs and larvae of wax moths and small hive beetles. All colonies probably have individuals that perform VSH, and we do not yet understand how our selective breeding has resulted in colonies with greatly improved performance. Hygiene is performed by nest cleaning bees aged 15-18 days old. Removal of a mite-infested pupae begins when an uncapper smells the infested brood and chews a pinhole through the cell cap. Subsequently, removers enlarge the hole and either eat the infested pupa or pull it from the brood cell (Fig. 1). 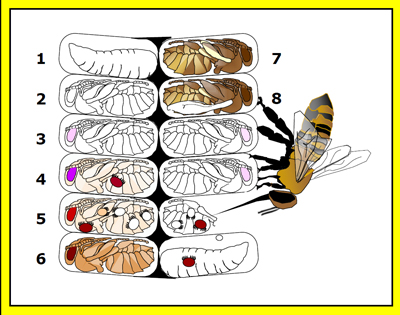 Fig. 2. Some factors that influence the degree of varroa sensitive hygiene in colonies of bees include age and genetics of worker bees, age and type of brood, and infestation level of mites in capped brood. .

Removal of mite-infested brood is probably triggered by unusual odors that penetrate the cell cap to the outside where hygienic bees patrol the comb surface. We have observed that VSH bees respond vigorously to highly infested brood (e.g. 15–25 mites per 100 capped cells) that is transferred into the colony (Fig. 3). They uncap and remove many mite-infested pupae quickly. They respond with much less intensity to brood with low infestation rates (1–5 mites per 100 capped cells), probably because the chemical signals that trigger removal are less concentrated and harder to detect.

Another characteristic of VSH bees is a reduced fertility of mites, when compared to non-VSH bees. In a colony, mite fertility is reduced several weeks after introduction of VSH queens into non-selected colonies. This led to the original name of the trait, Suppressed Mite Reproduction (SMR). This name describes the trait (or traits) selected in the experimental population of bees. The name of the trait was later replaced by Varroa Sensitive Hygiene (VSH). This is due to the finding that the primary mechanism of the trait is the removal of infested pupae from capped brood cells.

The VSH bees shown in Fig. 4 have about 30% reproductive mites (a normal family capable of producing a mature daughter). About 55% are infertile or non-laying mites (blue slice), and there are mites that die without producing offspring (red slice). There are also mites that produce a family, but their daughters do not mature before the bee emerges (yellow slice). These are fertile because they laid some eggs, but they are also considered non-reproductive because they will not produce even 1 mature daughter.

It is possible that uncapping and recapping interferes with mite reproduction. Caps from normal and recapped brood cells can look alike when viewed from outside (as when you look at a brood comb, see Fig. 5). However, when the caps are gently removed and flipped over the silk lining of the cap becomes visible. In normally capped cells (upper right Fig. 5) the silk lines the entire inner surface of the cap. The recapped cells on the bottom row (Fig. 5) show granular wax without a silk lining where holes that were used by hygienic bees to inspect cells are repaired by nest bees. The holes can vary in diameter from pinholes to the size of the entire cap.