Traditional hive parts are made from wood. The design and dimension of hive parts are based on the concept of bee space. Bee space was first recognized and promoted by the Philadelphia minister Lorenzo Langstroth in the 1850s, when he introduced what is commonly known as the Langstroth hive. Langstroth discovered that bees build excess comb in a space larger than 3/8 inch. Bees will fill any space less than 1/4 inch with propolis. Therefore, a space between 3/8 inch and 1/4 inch is in a range of acceptable bee space, with 5/16 inch an average that is most acceptable by beekeepers. A Langstroth hive would have a 5/16- or 3/8-inch space separating each frame and the frames from all other hive parts.

Parts of a Standard Hive

A standard hive includes a bottom board, a hive body or two containing frames, several honey supers containing frames, an inner cover and an outer telescoping cover that fits on top. The terms “hive body” and “super” are functionally interchangeable. They are both basically wooden boxes. Normally the “hive body” refers to the larger box placed directly above the bottom board, usually associated with the brood production area. Supers are the boxes that are normally placed above. Supers are available in three sizes; a deep is the largest; a medium, also called an “Illinois,” of intermediate size and a shallow, the smallest size. Please see diagrams and figures illustrating these parts and their dimensions.

Area for Brood Chamber and Supers 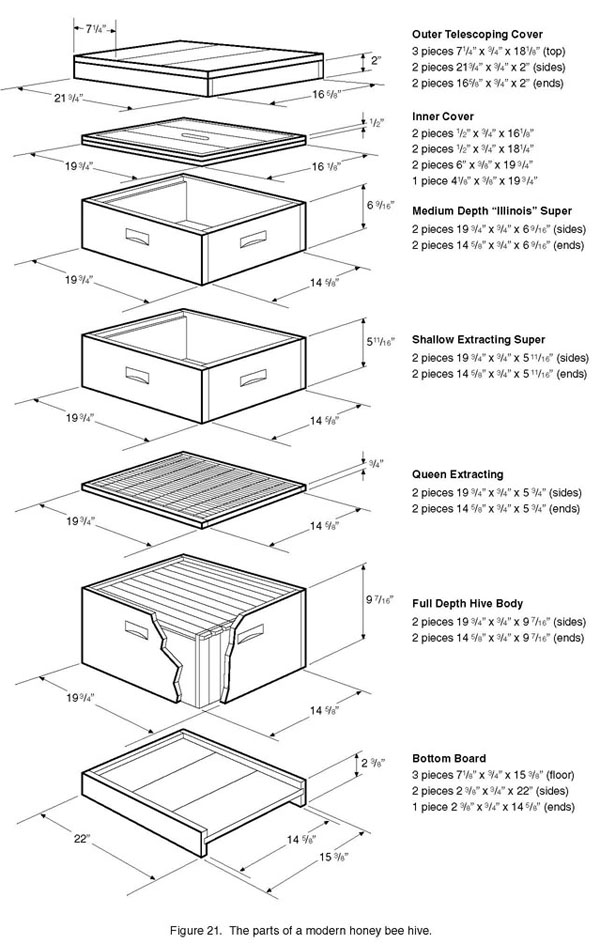 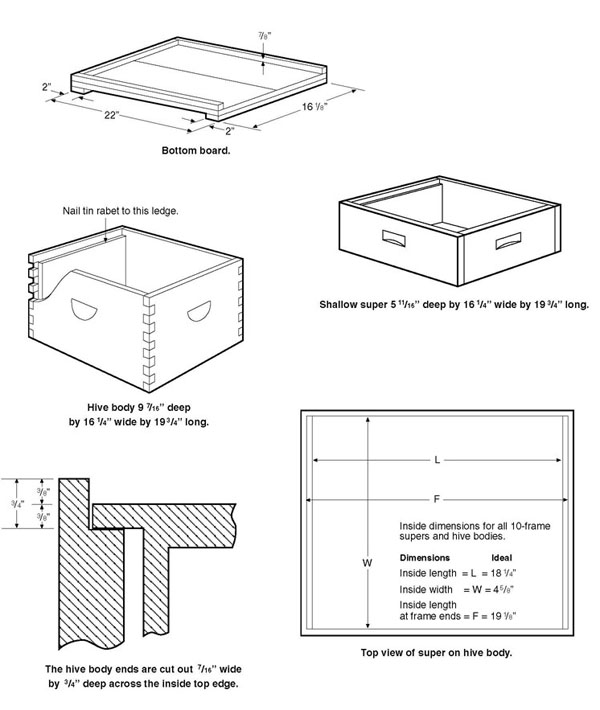 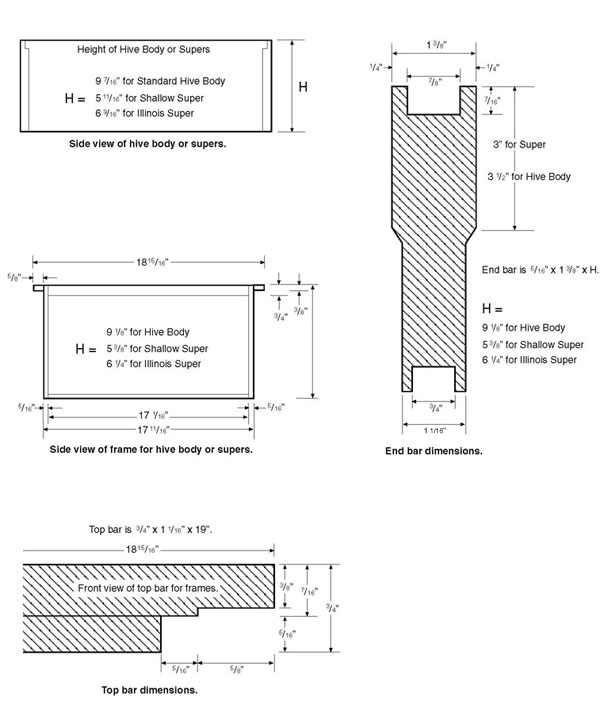